On July 1, Gov. Gavin Newsom signed the Safer Streets for All Act, which is designed to protect all people from discriminatory arrests and harassment based on how they dress or their profession.

SB 357 repeals the crime of loitering with the intent to commit prostitution. The bill is also known as the “Walking While Trans” law.

“Repeal was necessary as the previous law was discriminatory and targeted and profiled Black, Brown and trans women,” said State Sen. Scott Weiner who proposed the law. 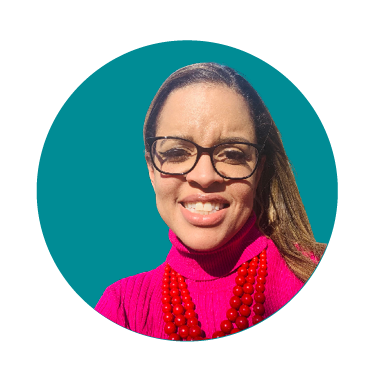 Vanessa Russell is the CEO of Love Never Fails, which helps get sex-trafficked men and women jobs, shelter, and services. Phito by Vanessa Russell.

Vanessa Russell, CEO of the non-profit Love Never Fails (LNF) cites a 100% increase in prostitution arrests since the bill was passed six weeks ago.

“I met with Senator Weiner before this bill was passed and begged him not to go forward,” Russell said. “This Bill ties the hands of law enforcement and activists trying to curb prostitution.”

Russell advocates putting more money into the community and offering opportunities and solutions rather than decriminalizing behavior that precedes sexual transactions.

SB 357 is not the ‘Safe Act’ that needs to be implemented, Russell continued.  “Until you offer an alternative to sex work what they’re doing is sheer survival.”

Weiner says his bill supports exit strategies, but currently those only exist in Orange County.  When Russell pointed out that the rest of California does not have exit strategies for sex workers, Weiner said that he wanted the bill passed and that exit strategies would be implemented later.

Currently ‘The Blade,’ a stretch of street in citites and towns where prostitution occurs, looks like a McDonald’s drive-thru since the bill was passed, Russell said. The bill has emboldened pimps, johns, and sex workers to openly transact in front of law enforcement without fear.

“This bill doesn’t prevent these girls from getting their eyes knocked out of their sockets or having hot water poured on them for not meeting quotas,” Russell said. “These sex workers have no rights, no advocacy. This is human trafficking, and those that have been indoctrinated for years and consider themselves independent have few options or choices.”

Love Never Fails, was founded 11 years ago after Russell’s 15-year-old student was sexually assaulted and sold to traffickers in Oakland. While looking for her, Russell talked to the District Attorney and anyone who would listen.

She soon discovered the lack of legal services, job opportunities, or mental health for the girls who were preyed upon, and learned it was happening to boys, too. She started opening homes for them.

LNF now has five homes containing 39 beds for men and women. Russell collaborates with social services and the Department of Violence Prevention, and employment development agencies.

“We do IT training, workforce development program and teach people in our program to make money and manage money,” Russell said.

Merritt College has hired LNF to teach cyber security, and those in the program receive college credit. “Our people get hired in tech positions at companies such as Nordstrom’s and Delta Airlines. Amazon Web Services, Cisco Systems and Google are providing industry certifications for our students.”

Russell said more needs to be done in workforce development rather than sex work. “This is not the only way they can get free from poverty. This Bill does not create a safe environment from the trauma and violence associated with sex work.”

Russell is reaching out to non-profits and community members to assist her in getting the bill repealed. “Repeal this law, redraft it so it protects sex workers and penalizes exploiters and we’re on board.”